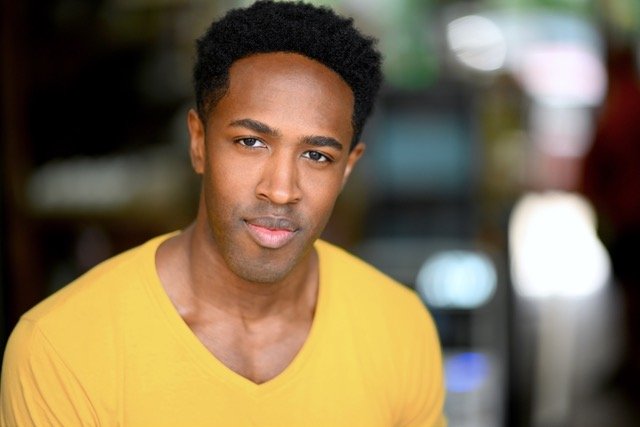 Welcome back! This week, we spoke with Eric R. Williams! Read on to learn about his journey, and what advice he has for young artists.

Shortly after, Eric made his New York City debut in the Public Theater’s 2012 Shakespeare In the Park production of Into The Woods alongside Academy Award Winner Amy Adams, Tony Award Winner Donna Murphy and Tony Award winner & Emmy-nominated Denis O’Hare. ​Eric is currently based in New York City.

Growing up, who were your role models in the entertainment industry (actors, singers, dancers)? Can you speak to the importance of role models for emerging talent?

I had many influences growing up, but the most influential were Michael Jackson & Whitney Houston. Their music and performances and the way they embodied their artistry and shared their gifts was immediately recognizable to me at a young age. I’m so fortunate to have been able to witness their brilliance and greatness during their time in this life. My mother is a huge movie buff, so I’ve been exposed to my fair share of film growing up. As I was exposed to more and more actors, in particular, I found myself highly drawn to the work of actors like Angela Bassett, Tom Hanks, Denzel Washington, Eddie Murphy – each of whom have gone on to have such legendary careers.

I think it’s super important for emerging talent to have role models because their paths can serve as a reference point for those aiming to blaze their own trail. Of course, we know that no two journeys are the same, especially in this business. But I feel that there’s always something to learn from observing the trajectory of someone else’s journey. It’s in those checkpoints, references and guideposts that those who are coming after, going wherever they may be looking to go, can find guidance and inspiration and heed warnings and missteps to help make their journey, hopefully, a little easier.

As you imagine your own self as a role model – what skills, qualities and traits do you think are important for young artists to cultivate?

I think it’s important for young artists to cultivate a very deep sense of self-awareness. Without it, it can become really easy to lose focus and end up on the hamster wheel leading to nowhere. Eventually, everything starts blending together and the “why” of it all turns aimless and grey. Become hyper-aware of the things that ignite you. Become hyper-aware of the things that bring you joy and move you in ways that touch you on a molecular level. They’ll keep you in-tune and offer guidance in direction.

Always maintain your integrity. It’s easy in this business to be a yes-man, aiming to please at any cost, but no one is looking to work with a doormat. People want artists who are coming into spaces with ideas, strong opinions, a point of view that is uniquely theirs. Uphold your integrity. It wont go unnoticed and will, ultimately, be appreciated.

Lastly, if this is what you know you want to do for the rest of your days, at least while you feel it may be – persist and persevere. Give yourself the best chance. In this business, there is no timeline to compare & contrast as to where you should be by this date. Comparison is something you shouldn’t do at any point in your journey to begin with, but what I know to be true is that you eventually win if you stay in the game. Now that doesn’t mean keep doing something that is no longer making you happy. Give yourself permission to change as you grow, but always maintain your “why.” That will sustain you for the long-haul and give you added comfort when you finally do get that win, no matter what size it is.

What were/are the benefit(s) of your college experience in your life as a professional actor?

I graduated with my BFA in Musical Theatre from the illustrious Howard University in Washington DC. Howard is an HBCU – a historically black college and university – and my experience there has been integral to my life now as a professional actor. We have a strong legacy anchored with a roster of many notable alumni, particularly those in entertainment such as Debbie Allen, Taraji P. Henson, Anthony Anderson, Phylicia Rashad, Chadwick Boseman, Tracie Thoms, Lynn Whitfiled and many more.

As one of two HBCU programs that offers a BFA in theatre at the time of my audition and enrollment, I had the experience of receiving conservatory training with people who looked like me. I was never subjugated to having to change or alter my essence as a Black person or actor to become palpable for “the industry” and what it will want from me. I was enriched and fortified in who I innately was by my professors and to be more of it. Graduating with that sense of assurance in myself has allowed me to stand confidently and remain grounded in any professional situation I am invited into, knowing that what I have to offer is valuable and I’m the only one that can deliver it that way.

Being a member of the Howard family has been especially beneficial. It allowed community to be a foundation for me when I graduated and entered the professional space, especially in a place like NYC. Whereas we have many alumni who work on and offstage, in front of and behind the camera, in studios and administrative theatre, film & television spaces, simply graduating from the theatre department offered me a larger family to look toward. There’s a bit of a running joke amongst Howard graduates that “Howard is always in the building” and it’s funny because it rings rather true, hilariously so. Even better, once it’s discovered that there is more than one Bison in the room, it’s all love, regardless of what our majors were back on campus or when we graduated. That sense of family has perhaps been the most special benefit for me. 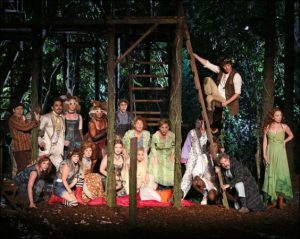 What was a professional experience where you felt particularly seen, valued, and/or fulfilled? What made the experience that way?

Some time ago I was in a production of Into The Woods that was staged outdoors in Central Park, literally Into the Woods…in the woods. One of the most magical summers I’ve ever had. I was still relatively fresh out of school at the time, so this production was by far the largest I had ever been involved in. I learned so much being around so many moving parts, but there was one thing I learned that made this experience so fulfilling for me. You never know what you are capable of until you are brought to it and do it. It showed me not to sell myself short and show up.

I had never understudied prior to being in this show. As fate would have it though, one show into previews, I get the emergency call that I need to report to the theater to rehearse one of my understudy assignments because that particular actor had fallen ill and was not going to be able to do the show. I was terrified! However, I had no time to think. Understudy rehearsals weren’t for another two weeks, but we were still less than seven hours to curtain for that night’s sold-out preview. For six hours, it was me, my stage manager, the associate choreographer, dance captain and the associate music director going through the whole track, modifying what I already had to do in my regular track with music, blocking, choreography – everything!

We get our “places” call and everyone is excited for me and sharing love and encouragement in our final moments before those famous words “Once upon a time!…” echo into the audience. It was at that moment I think I may have felt what Beyoncé might feel like when she’s centerstage in front of a stadium of 50,000. I felt so proud of myself for not only showing up for the good of my cast mates and crew, but for myself and everyone who has poured into me and got me to that point in my career. I know wholeheartedly without a doubt that I had my training from Howard to thank. Without it, I would’ve crashed and burned onstage that night and the two nights after. Instead, I soared and it’s a memory I will forever hold with me.