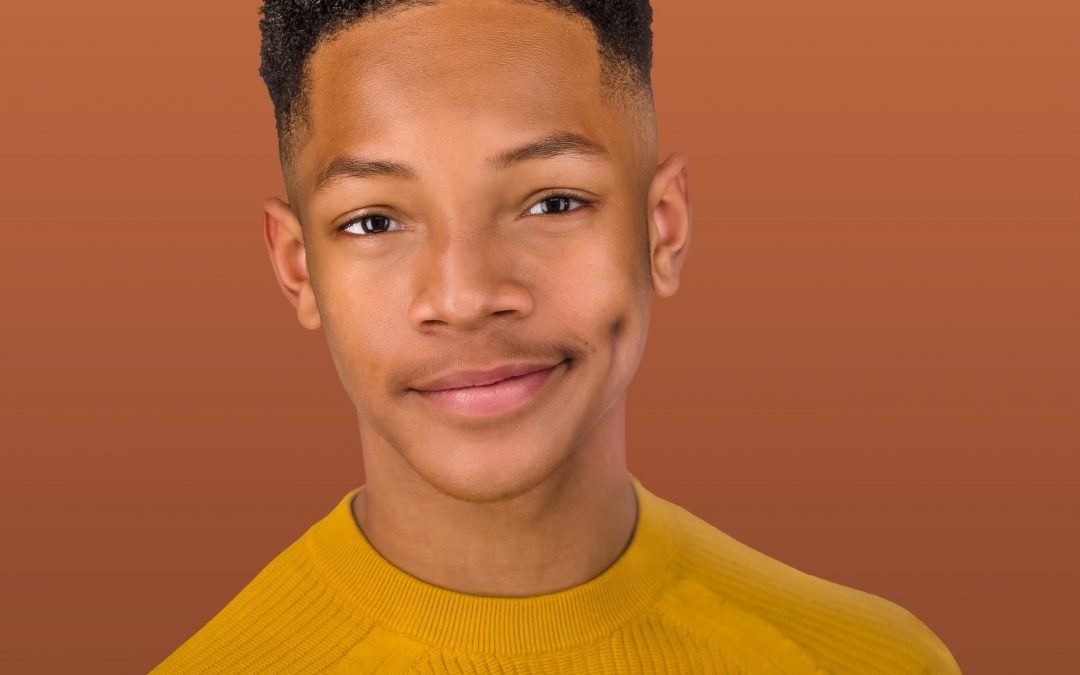 Our incredible founder, Ellen Lettrich, had a chance to sit down and talk with recent BroadwayWorld Next On Stage Winner Jackson Kanawha Perry! Jackson named TFCA as his charity to donate his winning proceeds to and we are INCREDIBLY grateful to him for helping us further our mission. Check out Ellen’s conversation with Jackson below!

E: Hello! So, you are Jackson Perry. Do you have a middle initial or go by anything else?

J: I do! My middle name is Kanawha. I go by Jackson Perry or Jackson Kanawha Perry depending on what you wanna say.

E: What’s the origin of Kanawha?

J: It’s my Dad’s name, who is named after a teacher that my grandmother had. It either meant “flowing river” or “chief”, but she thought that it was beautiful so that’s why.

E: You wear this beautiful assortment of head wraps, is that a Jackson thing?

J: It is! It used to just be because I needed a haircut frequently, and I hated getting haircuts, but it kinda became something more. I started wearing them not only because African American culture is often misinterpreted or judged for being ghetto or tacky. Some people will see my durags and be like “Ah thug”. And I thought that because it’s me, I can wear it and I can combat those stereotypes, especially in the BroadwayWorld competition. It was like “Yea, look at this little kid wearing a durag AND doing Broadway. Maybe hiring all black people is not bad.” 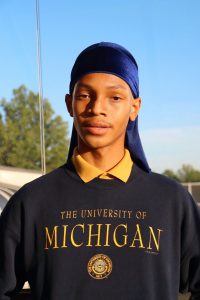 E: What made you do the BroadwayWorld Contest? Had you been watching it? Did you think, “Well I’m graduating, might as well do it?” or were you planning to do it for a long time?

J: Well, I definitely was not planning for a long time to do it. I was really with it when I saw Oluchi’s (one of our previous TFCA Scholars) videos from the previous season. I was like “Maybe I could get into this!”, but it was the day before the due date. My roommate, because I went to a boarding school, said, “You should do this”. And I was like, “Might as well!”

E: Where did you go to (boarding) school ?

J: I went to UNCSA. I was there and my roommate was like “You should do this” and I was like “Ok”. So I went to one of the studios there, I recorded something, and I submitted it. And that was that!

E: That’s so awesome. And as it progressed, how many rounds was it?

E: With (our TFCA Scholar) Oluchi, they gave them assignments every week after the first week or two. Did they give you any specific things they wanted to see from you?

They said that they wanted to hear me sing Dear Evan Hansen. I was like *eh* maybe next time.

E: Again, thank you so much for your amazing donation. We are so appreciative. What made you decide to choose TFCA as your charity?

J: It was so simple. I feel like the arts in general is such a privilege. I am privileged to be able to do the arts from middle school through now. And I don’t think that privilege should determine one’s success in college, especially for someone so passionate about the arts that they wanna pursue it as a career. The work that (TFCA) does combats that. It makes it about talent and about love for the art and never about the resources that you have. I was blessed and I think other people should be just as blessed, so that’s why I chose TFCA.

E: We love that! We are so looking forward to when your class, the class above you, and the first couple of TFCA-aged classes graduate, or not graduate, and then book jobs to be able to be examples for our students. We can be like “Look this is doable”!

Are you a dancer?

E: You are a dancer! Yes you are. You’re an amazing dancer. I saw! Were you in dance at UNCSA or in drama?

J: I was in Drama

E: Tell me more about your dance training.

J: See that’s the part that I’m working on now. I love dancing! But I started dancing right before my junior year of high school. so I’m fresh. I don’t have much technique but I love moving/movement

E: So you’ve been through the college process. If you had one piece of advice for a year ago Jackson, what would it be? Was a year ago Jackson freaking out about college auditions or was he pretty on top of it? Or both?

J: A year ago Jackson was fine because he was like “I’m gonna end up somewhere hopefully. So he was ok.

E: Talk to somebody who is  freaking out then; what’s your best college audition advice?

J: (Auditioners) are gonna hear this over and over: be yourself, be prepared.  Those things, of course, are super important, but when they say be yourself; they really mean that. You can go in dressed however you dress and you can do that.

E: Did you wear a durag to auditions?

I would also say: People say to have like two, three songs, but feel free to have more. I incorporated more songs into my auditions. Because songs that I sang got stale from time to time. Well, not stale, but like “really I gotta sing it again?” Now that I have so many more pieces in my book, I wish I had them then so I could’ve just rotated them in and out.

The essays matter so much. They matter SO much. That’s how I got into the amount of schools that I had gotten into. I had great essays.

E: Did anyone talk to you about your essays like in the audition process? Or like afterward?

J: Yes. Afterwards, I got a lot of like “we loved your essays.” It happens frequently actually. A number of school (acceptances) were about my essays or academics. Academics matter too.

Yes what else. Oh! What really I think helped keep me sane during the process was having a creative outlet. It’s different from just getting up and doing a monologue or singing some songs or learning a combination. We’ve gotta be able to create as well. And that kept me sane. I improv and compose on the piano as well. I like to just explore movement, so I did that a lot during the process. It was kinda my self-care. But also I used some of that for my wildcard video per se. And that, I think, was really attractive to the schools: being able to be creative and not just recreate somebody else’s material.

E: Did you schedule that creative, self-care time in or did you feel the impulse when you were feeling uninspired or burnout or just needing a change? Were you like “Now it is time to create”, or was it all of that?

E: Tell me about your family! Do you have any siblings?

J: Yes! I have a younger sister. Her name is Addison.

E: Is she an arts person as well?

J: No, not at all, haha. And I have two lovely parents.

E: Did you know that you wanted to do this from the time you were small?

E: Very cool! How did that come about? Did someone ask you to audition or did you see it and think “Oh this could be fun”

J: I was literally in the lunch line, and I was approached by the theater teacher who said “Hey you should audition for the musical” because I was in Chorus. And I wanted Donkey so bad. I said “I’m gonna be Donkey.” And then I saw the cast list and I was like “Shrek?!”

E: Wow that’s cool! Did you get the bug then? Or was that like dipping your toe in the water and then you did some more and then it became more of a career consideration?

J: Yea, that was not the moment where I knew that I wanted to do theatre for the rest of my life. That moment came later after my sophomore year of high school. I did an intensive at Interlochen, just a week long. It was audition techniques. I had really liked theatre at that time, so I did this intensive. I just immersed myself in it to see if it was something that I really liked. I was like, “Oh yea, this is my thing.” Also, I struggled with confidence a lot up until that point and it was then that I realized that maybe I have something. Maybe I can share my art and be happy doing so.

Make sure to follow along with Jackson’s journey on Instagram at @jk.perry and watch his BroadwayWorld Next On Stage performances here: https://www.broadwayworld.com/article/VIDEOS-Watch-Next-on-Stage-Season-3-Winner-Jackson-Perrys-Path-to-Victory-20210611

THANK YOU again for your donation to TFCA!