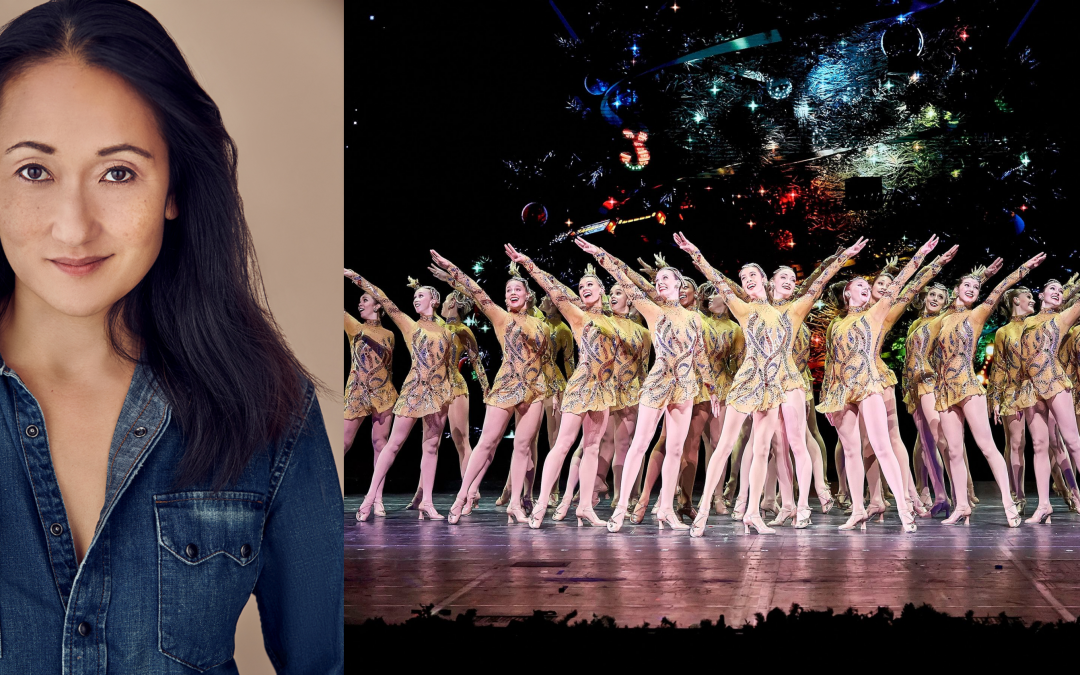 Welcome back! This week, we spoke with Michiko Sasaki, a professional dancer and actress, who has always been an am ambassador for women of color in the industry, from Broadway shows to the Radio City Rockettes to TV and Film. Read on to learn about what inspires her, and her advice for students breaking into the industry! 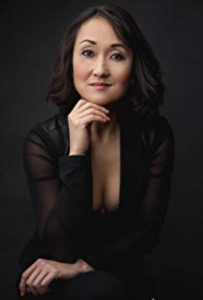 Michiko Sasaki was born in Kyoto, Japan, and raised in Denver, CO. Her passion for the arts started in piano and dance, at the age of 5, when her father put her into piano and dance lessons, and continuously won regional and national titles. Growing up in Denver, she booked her very first audition at an open call as a teenager in her first musical Crazy for You, at a regional dinner theater in Denver, CO, which started her work as a professional dancer, singer, and actress. She continued to dance locally in college, attending Brigham Young University in Hawaii. She soon after moved to NYC to pursue her dreams on Broadway.

She landed her first big Broadway job in an open call for the 1st National Tour Revival of 42nd Street as a dancer/singer. This led her to work as a famous Radio City Rockette at Radio City Music Hall in NYC, gaining recognition as one of the very few Japanese females making it in history as a Rockette. Some other credits followed are the Miss Saigon national tour, multiple Off-Broadway productions, and many other regional productions throughout the US. While nursing an injured knee, a recognizable casting director pointed out her strong acting abilities in her dance auditions, she knew then that was her chance to transition to a straight actress. Since then, her acting opportunities have led her to leading roles Off-Broadway, and roles on network TV. She has residencies both in NYC and Los Angeles.

Growing up, did you have role models in the entertainment industry (actors, singers, dancers)? How did these role models (or a lack of role models) inspire you to pursue it for yourself?

Yes absolutely! First of all, I want to say that my father was the first and foremost role model. He helped navigate my inner talents as a child. He didn’t know what I was good at, so he put me into many things that could possibly be a professional one day. At one point, he introduced me to a dance school at age 5. He saw that I enjoyed going to 3 classes a week and saw that I was always front and center and never miss a class..Lol! My dad introduced me to VCRs from the library that made me think that one day I’ll perform like them! It became an obsessive dream. They were Savion Glover, Gregory Hines, Sammy Davis Jr., Liza Minnelli and Julie Andrews. I would watch their work on a VCR over and over obsessively all day everyday until I learned the actual routines or song. I would then set up a little stage in the living room with props, costumes and chairs. Create my performance and ask my dad to video tape me on his huge camcorder! I was about 10 years old, just obsessed with dancing and singing, so my dad finally took me to NYC to see my first Broadway show CATS, at the time one of the longest running shows! I knew then, one day I will live in NYC and perform in a Broadway show!

In your early education as a performer, was there a teacher or instructor who was particularly influential in your journey? In what way did they make a difference in your life?

Yes absolutely! Without a teacher/instructor that has impacted you tremendously, it would be impossible to pursue such a profession! I started dancing at the age of 5, and my very first teachers at a dance studio in Denver, CO, named Heidi and Stan Picus, were my initial influences, who impacted and nurtured my love for dance as a very young child. I would secretly watch them dance when they would rehearse for recitals and dream to dance like them one day on Broadway. They always brought out the best in me. Not by false encouragement, but by being hard on me by being real and honest about my work, my dedication, and work ethic. If I slacked or was late, I had to work harder. I was inspired by that motivation, yet they did it out of love. As a young child I already knew what it took to be a professional. They trained me physically, emotionally, and environmentally, but most importantly mentally. For the first 12 years of my training with them, they instilled all areas of my discipline along with my talent. It’s about being the best version of yourself along with your talent. They were the biggest influences growing up.

What was a professional experience where you felt particularly seen, valued, and/or fulfilled? What made the experience that way?

Being a Radio City Rockette of color made me feel seen and somewhat valued. Even in musical theater, I was always a token in every Broadway musical I was in. I would steer clear of stereotypical Asian shows or roles, just for the sake of traditional casting. I would purposefully only audition for shows I typically would not get cast in! Even if it was an African show, I’d go for it! I never thought or ever dreamed of being a Rockette. I was always told that they were white women who were tall athletes. I always knew I was good enough, competitive enough, and feisty enough to have that endurance of 16 shows a week, 500 kicks a show, but I never thought I’d be accepted. When I joined the company in 2008, out of 3000 auditioning women, I was cast as the one Asian Japanese Rockette for three seasons. I felt privileged to have made it this far, let alone be the one Rockette of color in a line of 32 women. I got to teach and share my story to the Rockettes summer workshop for young adults, gaining press conferences worldwide, and breaking the barrier for a handful of new Rockettes of color after my breakthrough into the company. To this day, I am a speaker and teacher for performing arts conservatories and universities all over the US, including UCLA, AMDA, CAP21, AADA and many more. I am proud to have opened doors to others pursuing our industry, in such closed doors for people of color.

What piece of advice would you give to our students as they pursue their education and careers?

If you have any other interest other than performing as a career, then do that! This profession is a DO or DIE mentality. Not to be discouraging, but it takes every ounce of your being, mentally, emotionally, physically, and spiritually to make it happen. You have no time for anything else. Until you put in years of consistent work, build some money and relationships, you can somewhat create a life for yourself, have a family, maybe a hobby, and keep working. Otherwise, everything becomes a distraction and you will always have a backup. I never had a backup. Rarely did I even let myself work a side job. I just kept pushing and believing that if this is all I focus on, somehow it will all come together. And it does.